For the past 100 years we have been a leader in building and maintaining wooden roller coasters. See what we can do for your company.

Some of our first projects were carousels. Many of those carousels are still in operation today.

Since 1904, Philadelphia Toboggan Coasters, Inc. (PTCI) has placed the quality of products and services as their top priority, covering the needs of roller coaster owners and operators worldwide. This commitment to excellence through the last 100 plus years has earned us the respect and admiration of the Amusement Industry. We will continue to improve and refine our products to meet new challenges through our experience and innovations.

Learn More About Our Coaster Cars

This revolutionary brake system fits most old coaster cars and all new ones including steel coasters and is tough enough to stop over 7,000 lbs. of coaster cars moving at 35 mph, within 15 feet in any weather condition. Our Fin Brake System operates with air pressure and is fail safe while requiring minimal maintenance.

PTCI’s ADA Device is a unique new apparatus that allows guests to board a roller coaster train under their own power and are properly seated into the coaster train.

Learn More About Our ADA Device

Our custom designed "Q"-Line gates operate with air pressure to open/close to keep riders safely in line while accelerating the loading process. These gates are available in aluminum, stainless steel or regular steel construction, depending on your needs. 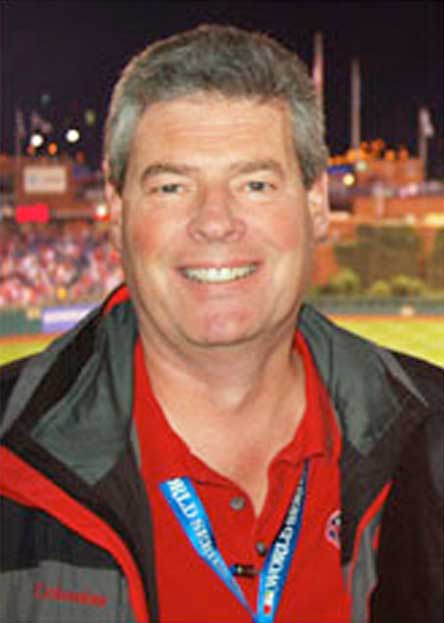 With our President/CEO, Thomas D. Rebbie at the helm, we uphold a tradition of pride with our dedication to our industry. Philadelphia Toboggan Coasters, Inc. is a full-service company serving roller coaster owners and operators with a commitment to excellence and quality craftsmanship in manufacturing and service.

At PTCI, we provide complete service on all of our products as well as offer consultation services at our facility or at your park.

With over 100 years of experience, you can depend on us to be your total solution industry leader & provider

Philadelphia Toboggan Coasters Inc. is a full–service company. Our products and services cover the entire spectrum of needs that a roller coaster owner and it's operator has.

We offer a complete product line including: Cars, Brakes, Q-gates/Safety gates and spare parts. PTCI also provides winter maintenance and the restoration of used equipment along with custom manufacturing for any part to your exact specifications.

At PTCI, we provide complete service on all of our products as well as offer consultation services at our facility or at your park. 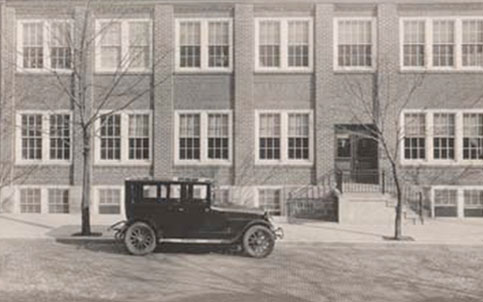 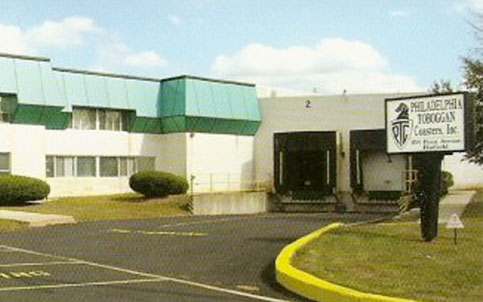 Philadelphia Toboggan then... and now.

Since 1904, Philadelphia Toboggan Coasters, Inc. has placed the quality of products and services as their top priority. This commitment to excellence through the last 100 plus years has earned the respect and admiration of the Amusement Industry. Today and in the future, we will continue to improve and refine our products to meet new challenges through our experience and innovations.

In 1899, Henry B. Auchy formed The Philadelphia Carousel Company with partner Louis Berni.

In 1907 Philadelphia Toboggan Company began numbering the center poles of their carousels. This feature has made PTC Carousels the easiest to trace.

In 1914 a young Herbert Schmeck found himself working in the amusement industry. He was the manager and operator of the Green Streak roller coaster in Paragon Park located in Nantasket Beach, Massachusetts. He operated the coaster until it’s demise in 1916 when it was destroyed by a fire. Paragon Park pledged to build another coaster making it bigger and better.

The Giant Coaster at Paragon Park opened to the public in 1917. Henry B. Auchy, the President of PTC, was so impressed with Herbert Schmeck’s work that he offered him a job. However 1917 was also the year Mr. Schmeck was drafted into the Army to fight in World War I. He hoped when he returned from war the job offer would still remain.

Henry B. Auchy passes away. After his passing in 1922, Mr. Schmeck was given permission by the PTC board to start designing roller coasters.

The first roller coaster Mr. Schmeck designed was built in 1923 at Hershey Park (now known as Hersheypark) in Hershey, Pennsylvania. It was named the Joy Ride, but later the ride was renamed the Wildcat.

Herbert P. Schmeck became president of Philadelphia Toboggan Company in 1946 after the passing of John Davies, who had held the position of Vice President since 1922.

John Allen started working at PTC in 1929 when he was contracted to install sound systems in a new fun house the company was building.

In 1955 Mr. Allen started designing coasters, his first being a junior coaster. By 1956 three coasters of his junior design were built, the Sea Dragon (one of these three coasters) still remains in operation at Columbus Zoo in Columbus, Ohio.

In 1956 Mr. Schmeck passed away from cardiac arrest. He left an unforgettable legacy behind which included designing over 80 roller coasters, a few of which are still in operation today.

In 1957 Samuel H. High III started working for Philadelphia Toboggan Company, which many saw foreseeable considering Mr. High’s family ties to the company. Sam’s father, Samuel High Jr., was a majority stockowner in PTC and corporate attorney while Sam’s grandfather, Samuel High Sr., was the corporate attorney for PTC and helped found the company in 1904.

On September 19, 1977, Thomas D. Rebbie joined the Philadelphia Toboggan Company. He started in the coaster car shop drilling floor boards for roller coaster cars. He would then learn how to read blue prints and manufacture parts.

In 1978 Tom Rebbie was promoted to PTC shop foreman. He took on the responsibilities of purchasing materials, trouble shooting for customer service, hiring personnel and providing production schedules.

In 1985 Tom Rebbie became General Manager under the direction of Sam High III. He then started to assist with exhibits for trade shows and research and development.

Tom established the Philadelphia Toboggan Coasters, Inc. Manufacturers award for the American Coaster Enthusiasts in 1992. Commonly referred to as the "Spirit of ACE Award". The award is presented annually at ACE’s National conference – Coaster Con.

1994 PTCI enters the Asian market by providing the roller coaster trains for the White Cyclone in Nagashima, Japan.

The year of 1999 brought about a few changes for PTCI. Tom Rebbie decided PTCI needed more space to meet the needs of customers so he moved Philadelphia Toboggan Coasters, Inc. from Lansdale, PA to Hatfield, PA upgrading from a 26,000 square foot building to a 46,000 square foot building. 1999 was also the year PTCI started offering their winter overhaul program to their coaster car customers. This allowed customers to send their PTCI roller coasters trains back to the factory to be inspected and rebuilt for the next operating season.

PTCI became the first wooden coaster car supplier for the amusement park market in China in 2009 with the opening of Wooden Coaster - Fireball at Happy Valley in Shanghai, China.

In 2016 PTCI developed a new style of roller coaster trains to offer customers. The PTCI 360, a single seat train capable of completing inversions. 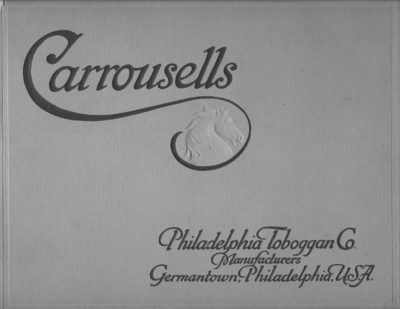 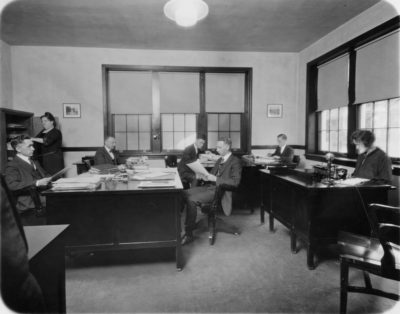 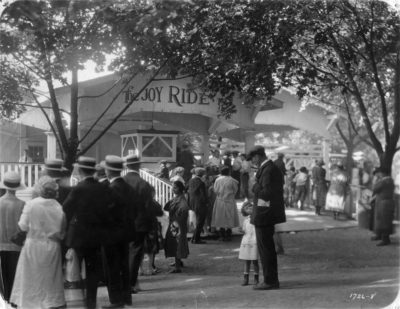 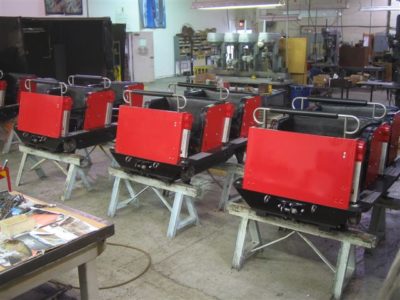 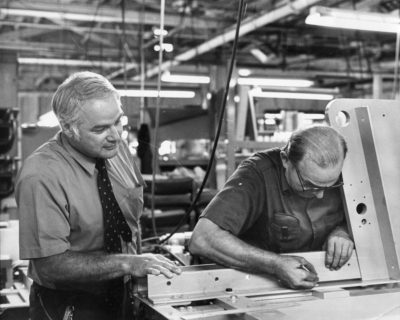 Molded and shaped by us Client Projects

Today and in the future, we will continue to improve and refine our products to meet new challenges through our experience and innovations. At PTCI, we provide complete service on all of our products as well as offer consultation services at our facility or at your park. Check out some of our projects from past and present.

Contact the team at Philadelphia Toboggan Coasters, Inc. today and we’ll get back to you as soon as possible. We typically respond to all email requests within 24 hours. If you need a quicker response, please give us a call.